SROKA Company is first and foremost a passion: for sport, water and nature.

Bruno SROKA, founder of the brand, is a passionate man who lives for and by the sea. Bruno had always dreamed of being a world champion windsurfer, living vicariously through windsurfing magazines. At the age of 23, he tried kitesurfing for the first time, and quickly gave up windsurfing to devote himself fully to this new practice.

From 2001, this was the beginning of a long series of victories at French and international level. He practiced all disciplines (freestyle, wave and slalom) and in 2004, he became vice world champion in wave in Portugal, but still without reaching his ultimate goal. Ambitious and persevering, his quest for victory remains unscathed and strengthens year after year: progressing and getting closer to the first place has been a real source of motivation for Bruno SROKA. 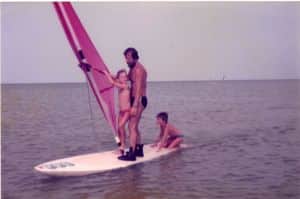 This objective quickly became a reality: from 2005 to 2006, he won the various French championship titles. But it was in 2007 that his dream was fulfilled, when in the same year he won the French, European and World Championship titles. These 8 years of consecration allowed him to become world champion again in 2009 and 2010, and to remain on the podium until 2013.

In addition to the competition, Bruno is looking for adventure. In April 2008, he set himself the challenge of travelling 100 nautical miles by kitesurf, crossing Cape Horn in the Roaring Forties. He is still the first and only man to have achieved this feat. This desire for adventure continued and led him to cross the Gulf of Aqaba, as well as to cover 450 km in 16 hours and 40 minutes (non-stop) to link France to Ireland by kitesurf. 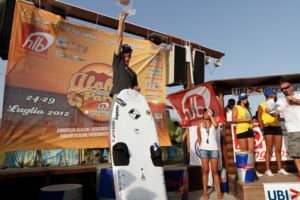 “Some live their dream and others dream their life, I belong to the first group” Bruno SROKA.

A desire to create the best equipment for the best performance

These years of competitions have allowed him to test a lot of kitesurfing and boarding equipment. In 2009, Bruno develops with Paolo Rista, his designer, the first KiteRace boards in the world. This innovation revolutionised the Kiterace, leading it to win 12 out of 16 competitions in 2009 (and remain on the podium 15 times). In 2013, with his experience and expertise in the field, Bruno SROKA launched his brand of board sports equipment. This is the beginning of the SROKA Company adventure. 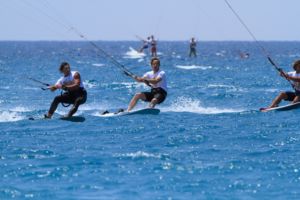 Since its inception, SROKA Company has remained a family business, where we work hard every day to design products that combine pleasure and performance.

Inspired by our own practice and life on the coast, SROKA Company develops products of Kitesurf and Stand-Up Paddle, then the Foil and especially the Wing Foil which is revolutionising the way we sail on the water. Everything becomes simpler: easier to prepare, to launch, and the feeling of flying on the water comes very quickly. Bruno, himself a practitioner and convinced, decided to get involved with his team in order to develop the best equipment for Foils, adapted to all practices.

Based near Brest, Brittany, we surf, paddle and fly with what we design. We know that board sports can seem inaccessible, both technically and in terms of price. Having fun in the water should not be a luxury. That is why we offer you, through SROKA Company, quality products, accessible to all, and adapted to all levels of practice.

The best quality at the best price is the spirit of the brand.

By understanding and observing today’s sportsmen and women and by imagining tomorrow’s practices, we develop our products to facilitate the practice, the comfort, the accessibility, the pleasure, the progress and the safety of the sportsman or woman. We listen to our customers’ opinions in order to continue to innovate and advance our products.

Bruno SROKA puts his name on each product as a guarantee of quality. We make it a point of honour to design high quality products that will last over time. We carefully select every component, every manufacturer. In this way, we remain loyal to them and work with them on a long-term basis. Because for us nothing beats French and local know-how, we produce part of our products in Brittany. SROKA products are then extensively tested by Bruno and its ambassadors, on our Breton coasts and even in waters outside the continent, to be sure that they will correspond to a maximum of conditions.

We like to share and encourage dreams of adventure and sliding, and to see you make them come true. We are the first users of our products, and therefore the best people to tell you about them. Please do not hesitate to contact us, we will be happy to advise you in person.

Share with us your most beautiful memories on the ocean. Welcome to Sroka family.